SAN FRANCISCO, Calif. (Jan. 10, 2008) – Star Wars fans and collectors will find new lines of collectibles from Hasbro, Inc. (NYSE:HAS) and newcomer eFX in 2008, it was announced today by Lucas Licensing, a division of Lucasfilm Ltd.

END_OF_DOCUMENT_TOKEN_TO_BE_REPLACED

This in from the wire:

END_OF_DOCUMENT_TOKEN_TO_BE_REPLACED

Indy’s Adventure Has a Name

This in from the wire: Indy’s fourth cinematic adventure has a name. Be one of the first to snag an official item bearing the new Indy title — Head on over to StarWarsShop now for the shirt, and while you’re there, check out their collection of other Indy items!

HOLLYWOOD, Calif. (Sept. 9, 2007) – The title of the new Indiana Jones adventure, now in production under the direction of Steven Spielberg, is Indiana Jones and the Kingdom of the Crystal Skull, it was revealed today by actor Shia LaBeouf.

LaBeouf, who stars in Indiana Jones and the Kingdom of the Crystal Skull with Harrison Ford, Cate Blanchett, Karen Allen, Ray Winstone and John Hurt, announced the title during today’s MTV Video Music Awards, which were broadcast live from Las Vegas.

Indiana Jones and the Kingdom of the Crystal Skull is a Lucasfilm Ltd. production and is being distributed by Paramount Pictures. It will be released in the U.S. and simultaneously in most territories worldwide on Thursday, May 22, 2008. Frank Marshall returns as producer, with Kathleen Kennedy joining George Lucas as executive producer.

Breaking news about Indiana Jones and the Kingdom of the Crystal Skull can be found at http://www.indianajones.com.

This just in from the wire…

SAN DIEGO, CA – July 25, 2007 – For 30 years, Star Wars fans have escaped the confines of this galaxy by living in the virtual world born from the mind of filmmaker George Lucas. Today at Comic-Con International: San Diego, Lucasfilm Ltd. and Get Solo, LLC announced they have joined forces to help enthusiasts express their passion for the saga by creating personalized Star Wars Social Networking Cards that fans can proudly exchange. Get Solo, a provider of innovative marketing media and solutions, is taking orders for the cards starting today at starwars.getsolo.com.

“Millions of people of all ages have a deep bond with the characters and stories of Star Wars. These new products are unique, because they capture that personal connection. Fans will find the social networking cards to be a fun way to express themselves when meeting other fans, because they can personalize them with their favorite Star Wars images, include interesting personal information, and even build a collection,” says Howard Roffman, President of Lucas Licensing.

END_OF_DOCUMENT_TOKEN_TO_BE_REPLACED

This just in from the wire too late for pre-holiday publication on the regular starwars.com, but we know you’d want to know… 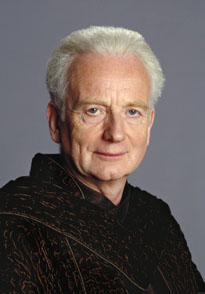 McDiarmid will be a special guest of Lucasfilm Ltd. and event organiser Cards Inc. during the Opening Ceremonies at ExCeL London, home of STAR WARS CELEBRATION EUROPE. The Opening Ceremonies will be hosted by Steve Sansweet, head of fan relations for Lucasfilm Ltd., and will include a special one-time-only screening of Star Wars: Episode IV A New Hope. END_OF_DOCUMENT_TOKEN_TO_BE_REPLACED

SAN FRANCISCO, Calif. (May 25, 2007) – Star Wars fans can connect with the Force in ways they’ve only imagined, as StarWars.com has launched a redesigned website that empowers fans to “mash-up” their homemade videos with hundreds of scenes from Star Wars movies; watch hundreds of fan-made Star Wars videos; and interact with Star Wars enthusiasts from around the world like never before.

END_OF_DOCUMENT_TOKEN_TO_BE_REPLACED

This just in from the wire:

The History Channel® will be in full force at Celebration IV with a 45-minute sneak peak preview of its highly anticipated new documentary, STAR WARS™: THE LEGACY REVEALED.

Be among the first to preview this monumental program during the world’s largest Star Wars party at 3 p.m. Sunday, May 27, on the Concourse Stage.

Through interviews with a diverse array of high-profile Star Wars fans (including Peter Jackson, Dan Rather and Kevin Smith) the special, which premieres on The History Channel® May 28 at 9 p.m. Eastern and Pacific /8 p.m. Central, explores the enduring impact and mythic underpinnings of the Star Wars saga.

And, don’t miss out on scoring a pack of The Legacy Revealed Cards from The History Channel®. Destined to be a collectible, The Legacy Revealed Cards feature Star Wars™ icons and, right before your eyes, reveal the historical connections that are explored in The History Channel program. Get a pack during the screening; or stop by the Celebration IV Store anytime over the weekend for a complimentary pack (while supplies last).

The History Channel® also wants to remind you that the celebration doesn’t stop on May 28. Enter The Legacy Revealed Sweepstakes and you could win a trip to Star Wars™ Celebration Europe, the largest official Star Wars™ event in Europe. Only The History Channel is offering fans in the US this exclusive opportunity! Enter May 16 through June 3 at www.history.com/starwars. (Lucasfilm Ltd. is not a sponsor of this sweepstakes. See official rules for details.)

The History Channel is a proud sponsor of the Behind the Scenes Stage at Celebration IV.

The Official Star Wars Blog
Create a free website or blog at WordPress.com.